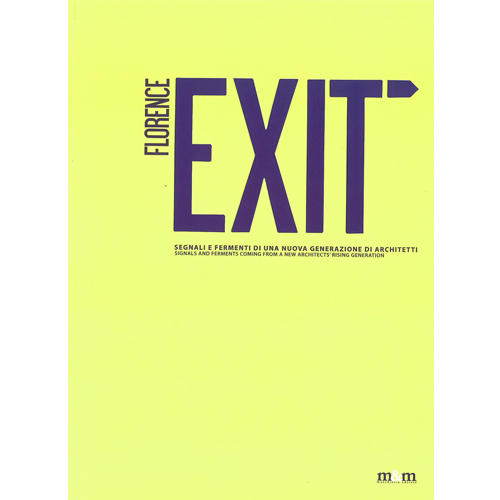 The purpose of EXIT is linked to the need to discuss contemporary architecture once again, involving in this debate a younger audience, such as recent graduates from the Faculty of Architecture of Florence who are emerging in the national and international arena. In the most recent production of many representatives of these emerging generations in architecture, we believe we can identify forms of creativity and experimentation that are more or less directly influenced by the fertile and creative environment which existed in Florence at the time of avant-garde movements, based upon a convinced tendency toward research and to the evolved expression of a critical design, free from academic diktats.