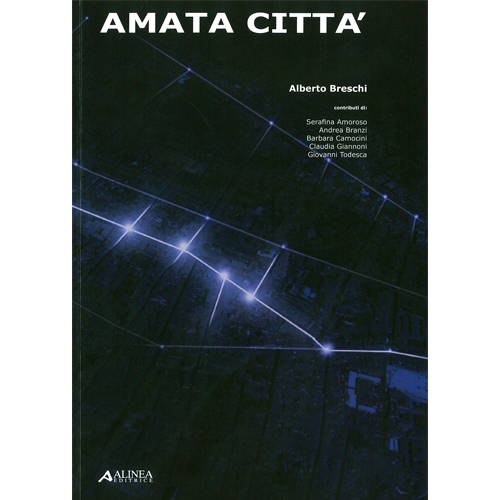 “We asked ourselves whether the city in which we live responds to our desires, if it represents our aspirations in terms of civil coexistence, cultural offer, or simply as an everyday habitat. I believe that by using Florence as an ineffable city of monuments and works of art we have forgotten, neglected or worse, removed, its projection into the future as a contemporary place”.
Amata città (Beloved City) gathers a series of projects by Alberto Breschi and his collaborators within an urban hypothesis for the Historical Centre of Florence. The projects are all characterised by a close connection to the historical memory imbibed in a design with a strong contemporary value; not ex-novo projects, but projects for a “metamorphosis” that are placed as parts of an overall urban transformation process and carry out functional programmes which are in line with a vision of the city that is more concerned with its liveability than with its image.

Vivere sul fiume. La rinascita della Valle del Bisenzio
Alberto Breschi, Alessandro Pagliai, Giovanni Todesca, Alinea Editrice, Firenze, 2009
A project which concerns the whole river for the reconstitution of the permeability between built system and natural environment through small scale interventions aimed at the rediscovery of the multiplicity of interactions between architectural continuity and consolidated qualities of the territory.