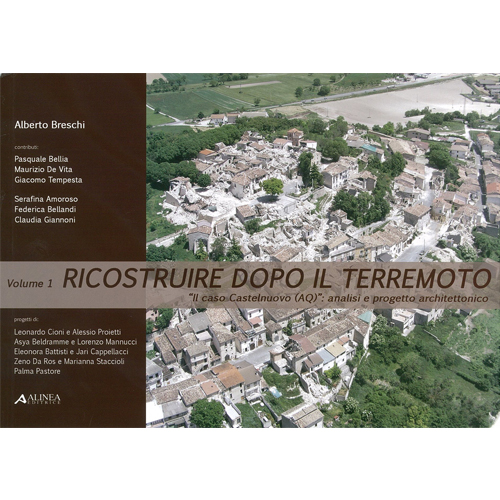 The knowledge base and the typo-morphological interpretation of the settlement of Castelnuovo are the founding elements of the Reconstruction Plan, thanks to which the features that constitute the identity of the town were identified: it is on these fundamental features that the Plan was established, whose aim is not only the reconstruction as a result of the earthquake, but the valorisation of the urban centre, beginning precisely from those elements considered as exemplary and identifying.
The purpose of the plan is the conservation of the identity of the town through rehabilitation whenever a conservation/restoration hypothesis is possible, or else through a “controlled” reconstruction, in those cases where it is not possible to keep the existing buildings.
The buildings which, due to their aesthetic and architectural features, constitute an important heritage of the town, and in which the image of Castelnuovo itself is identified, yet cannot be saved, are rebuilt “as they were”, with their original aesthetic and architectural features. In those cases of buildings that are alien to the context, the intervention will follow a precise aesthetic, architectural and typological programme, inferred from the analysis and aimed at leveling out the features of the reconstruction interventions so as to include the individual projects in a general unified design.