CLAUDIA GIANNONI
co-founder at Breschistudio Associati – with office in London 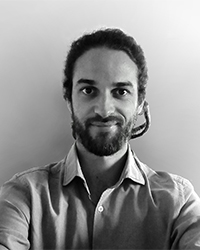 Paolo Oliveri, born in Pisa in 1988, he graduated in 2015 with honours and recommendation for publication in Architecture at the University of Florence. During and after his studies, he took part in several national and international architectural competitions obtaining prizes and recognitions. He contributed in designing projects for the public administration (preliminary design for the Fortezza da Basso restoration – 2015, Florence Municipality; Multifunctional centre for the Neto Park – 2016, Calenzano Municipality). Since 2016, he has been attending a PhD program in Architectural Technologies at the University of Florence; his interests are focused on urban regeneration and land take. He works for Breschistudio Associati since 2017.